← more from
Glitterbeat Records
Get fresh music recommendations delivered to your inbox every Friday.

by Pulled by Magnets 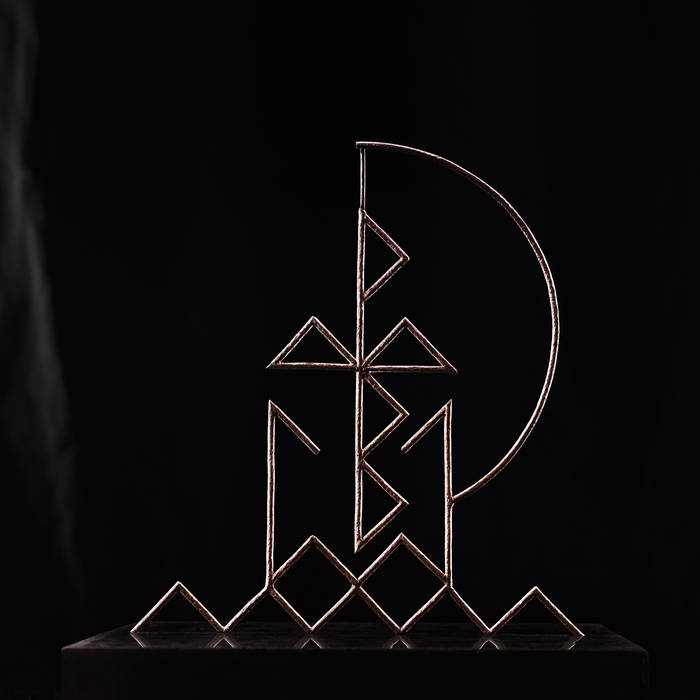 fobo A fascinating journey of jazz influenced by the space of dub and low end of doom, spiritually somewhere in the neighborhood of Bohren und der Club of Gore but with a sound wholly its own.

‘I guess the place that I’m writing from is always my emotion, and I wrote all the music for Pulled by Magnets because I was trying to find music that fitted what I was feeling and at that time I couldn’t find any’
- Sebastian Rochford

There’s the glittering list of collaborations that includes Patti Smith, Brian Eno and David Byrne, the trailblazing (post-)jazz strangeness of Polar Bear, the drumming and producing for Sons of Kemet, of which he was a founding member, the film soundtrack work (on Chris Morris’s latest, among others) and, as we move into the new decade, there’s … well, what is this exactly? How many Seb Rochfords are there?

From the off, it sounds unlike anything the Scots-born, London-based, desert-loving drummer of Anglo-Indian and English/Irish heritage has done before. Gone are the quizzical, music-hall-at-the-end-of-the-world stylings of Polar Bear, to be replaced by a soundtrack of the mind that is, by turns, sublime, stately and provocative. Forget type, genre or influence: this is the start of a brand-new trip by one of the most questing musicians at work anywhere.

But let’s take refuge in facts for a moment: Rose Golden Doorways was recorded in The Old Church in Stoke Newington, London and features, in addition to Rochford, Polar Bear comrade Pete Wareham on saxophone and Neil Charles (Zed-U, Empirical) on bass guitar. Even with the help of the church, you’ll wonder how the three of them managed to make the sound they do, especially when you learn that the album is a series of live takes, with no added studio woo.

In his own words, Seb wanted ‘an overwhelming, big sound’, one partly informed by his interest in the musical beyond of his grindcore/death/heavy roots. But there’s another tradition at work here, the fruit of recent travels and musical study in India, the country of his mother’s birth. He wanted to bring to this band the experiments with pacing and time found in the classical Indian raag―something that, happily, Neil seemed to understand instinctively (see ‘The Immortal Fire’ for details). Along with that was some intensive reading of ancient Indian and Bedouin texts, and it’s a sense of the ancient that permeates the record more than anything else―most clearly, to these ears, in ‘Breath That Sparks’ as it resolves into the frankly terrifying ‘Those Among Us’.

There’s huge scale involved here – a sense of space, of geology, of tectonic plates shifting, like a piece of sonic Land Art wrought by Pete’s titanic sax and eased (or hammered) into place by Seb’s drums. For all that, this is a deeply personal, perhaps even intimate record, sound-tracking as it does Seb’s own post-everything musical re-set, while the process of creation, which involves him singing the music to himself before writing it down on the piano, is a remarkably tender one for a record of this size. What he loves about the desert, from where he spoke to us―that it ‘confronts you with yourself’―could also describe the way he writes and the reason for and impact of this fantastic record.

In terms of scale and power, this is tak:til’s biggest release to date. Pulled by Magnets are now labelmates with 75 Dollar Bill, Park Jiha and Jon Hassell, and that feels more than right. Under a cathedral vault or forest moon (or perhaps in deep space), what a festival line-up that would be.

Bandcamp Daily  your guide to the world of Bandcamp

Little Brother joins the show to discuss their beautiful journey, plus tunes from Fat Tony